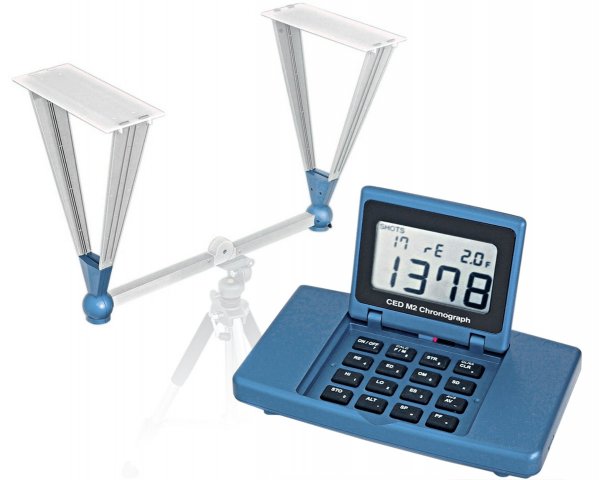 Gauge for the bullet velocity · to determine, for example the factor of the IPSC and the DSB minimum impuls

CED proudly presents the new CED M2 chronograph. Based on the original CED Millennium Chronograph, which was eight years long the measure of all things, begins the new CED M2 Chronograph up where its predecessor left off. Technological innovations have allowed us to double the operating speed of the CED M2 chronograph. By using a new 48 MHz processor was also the range of measurable velocities extended to between 50 and 7000 fps. Also, the space has been increased by 500%, so that will now be saved instead of 220 over 1000 measured values. The series of measurements to be stored may include only one value, or up to 500 values ??and 500 different measurements can be managed. With a new chip design, the CED M2 Chronograph is able to measure speeds at a much worse light than before. On clear days, this means that you can measure from early morning until nearly sunset.
The new field is similar to that of a calculator. In fact, even a calculator feature has been integrated. In addition, the CED M2 has a "Hi-Average" function that allows to determine the average of the three highest measured values ??of a series by simple pushing of a button. This new feature is useful to factor in the IPSC and IDPA competitions to determine. The results are fast and easy to read! Furthermore, the CED M2 Chronograph has a large number of other new features, such as the ability to call individual measurements or to remove, universal mounting bracket and a new USB interface. It is now easier than ever to connect your chronograph to your PC and download the stored data in the revised and improved CED software.

The CED M2 Chronograph excels every other device on the market with its new features . Its outstanding features:

? Slim, lightweight and compact design
? Evolved Software & Hardware = extremely high performance!
? Space for over 1,000 bullet speeds and up to 500 measurements
? Displays speed of 50 fps at up to 7000
? Display of the highest, lowest and average value and new "Hi-Average" function
? Calculation of the maximum deviation and the standard deviation
? Retrieval / deletion of individual measurements
? integrated calculator
? slide show of the IPSC / IDPA-factor
? new software for data management included
? Display in m / s or fps
? 10x mode ? Representation lowest rates in decimetres
? Voice chip ? the results can be perceived visually and acoustically
? Power saving mode without memory loss
? USB interface for fast
Download of the measured data to PC
? Warning when the battery is low
? Pocket for spare battery
? Operating through a 9-volt battery (not included)
? Can be used in temperatures from O ° to + 50 degrees

On the comparison to competing products largest LCD display, all relevant informations are presented clearly visible at a glance.

Important:
Daylight sensors are included.
In order to use the appliance on closed shooting ranges with artificial light, you must upgrade Infrared light barriers . 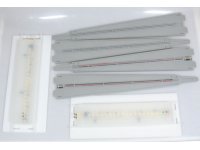 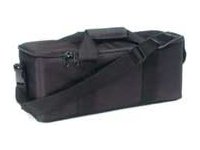 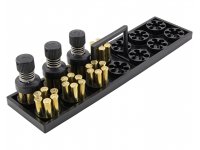 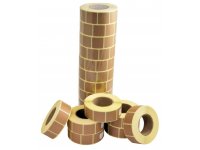 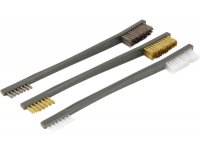 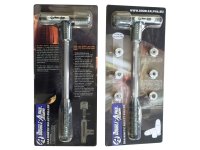 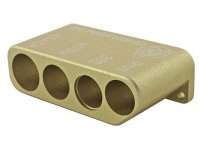 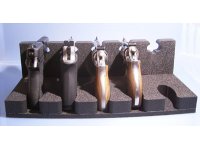 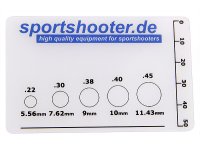 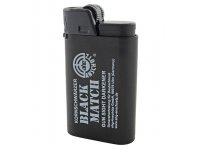